Are you really in good hands?

Read this informative article on water damage and restoration in South Florida to find out. 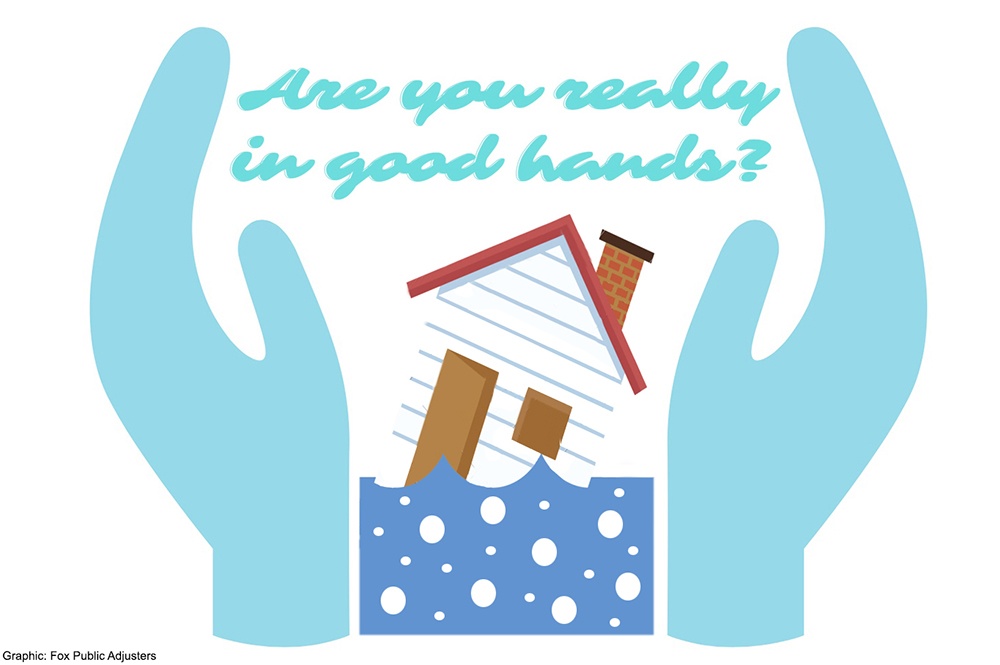 Here is a story from one of our recent South Florida clients who suffered water damage as a result of a washing machine leak.  As water damage restoration Florida experts, we handle a wide range of home damage situations.   Because we are based in South Florida, we cover the entire Broward County and Palm Beach area.  If you are located in Port St. Lucie, Deerfield Beach, Stuart, Fort Lauderdale, Boca Raton, Pompano Beach, Delray Beach, Boynton Beach, Lake Worth, Palm Beach Gardens, West Palm Beach, Jupiter, or Hollywood Florida, feel free to call us.  We received a call from a homeowner who had a washing machine leak as a result of broken hose.  The water leaking from the washing machine covered the floor in the laundry room and traveled into several different rooms.   When the homeowner called their insurance company, they were told that the insurance company had a preferred water damage remediation vendor, and they would send them over to inspect.   The homeowner explained to the insurance company that they already  know a well respected water and mold restoration company, and that they would like to call them.  The insurance company told the homeowner that it’s their policy, to only use their preferred vendor, because they have a working relationship with this company. They went on to tell the homeowner that this company has always provided good results.   Once the insurance company’s preferred water remediation company arrived,  they placed a dehumidifier in the laundry room, and used a commercial air mover in an attempt to dry the area.   After some time had passed, the wet floors and carpet dried, or at least it seemed dry to the touch.   When the insurance company’s preferred water damage company left, they had the homeowner sign off on a “job finished” contract that stated the water damage was repaired and that their insurance damage had been fully repaired.

Roughly a week after the water-damaged areas were serviced, the rooms still smelled musty and damp.  The homeowner called the insurance company to report a musty smell.  They also called the insurance company’s preferred water restoration service provider.  The water damage restoration company sent over a staff member who placed an air mover back into the room for another day.   After the air mover was removed, the room seemed better.  Then within another few days, the laundry room seemed musty again.  Finally the homeowner had had enough, and they called in a South Florida public insurance adjuster.

When we arrived,  it was apparent that a mold problem was brewing.  As an experienced South Florida mold expert, Todd could usually tell by his sense of smell if there is a mold issue.  Once we started our assessment , the first step was for us to use professional moisture detecting test equipment to determine the amount of moisture present in the room.  What we found was, the moisture in the center of the room had a lower reading than the moisture level close to the wall floorboards.   Often when a homeowner believes there is a mold problem we are called in to provide a moisture test.   When our moisture meter reads over 20 percent we know that there is a major moisture issue.   For more information on moisture test equipment read this page: Moisture content in drywall.  The reason the meter read so high was a direct result of the fact that the water traveled under the wall.  This allowed the area behind the walls to remain wet.   By simply placing air movers and dehumidifiers in a damp room only some of the dampness and humidity present in the open space will be removed.  The water behind the wall will remain.   The water pooling behind the wall and floorboard will germinate mold spurs with-in 24-48 hours.  This is why it’s critical to get at the water sitting under the furniture and in the walls removed as soon as possible.  The water sitting inside the walls of your home will create what is known as a hydrologic cycle.  This is the same cycle effect that is found in a rainforest.  During this cycle, the water sitting on the floor under behind the wall starts the process of evaporation.  This causes the water to travel up the inside of the wall. Eventually the water will pool at the top of the beams.  Once enough water pools at the top of the wall beams, the water will rain back down to the floor.   This is the same continuous movement of water, which is found in nature.  The only problem is, now it’s raining in the walls of your house! 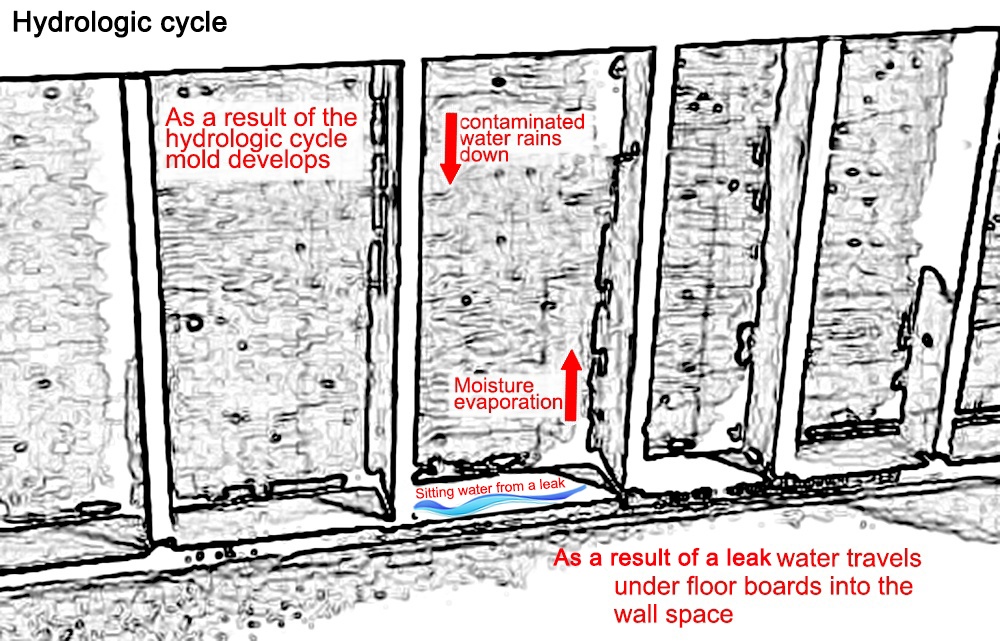 The mold and water remediation process

Removing mold and water damage requires taking off the floor baseboards, and then determining the extent of the damage.  Sometimes the water damage is limited to just behind the baseboard. Other times the mold extends up the entire wall.  Depending on how long the mold has been growing, the drywall may need to be removed entirely.   In the case of this home,  there was some limited water damage and mold.  If the moisture was allowed to sit behind the floorboards for another few days, all the drywall would have to be removed. Because the homeowner called a South Florida public adjuster early on, the water damage was caught before extensive mold had a chance to grow.

If you are looking for water damage restoration Florida feel free to read our website articles.  Inside our website you will find a wide range of useful information on water damage and mold removal.